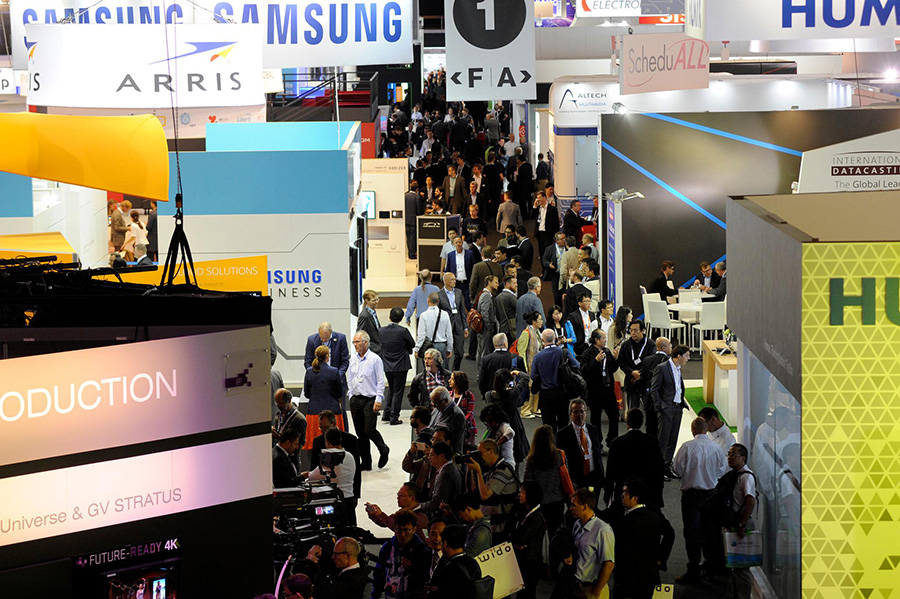 With over 1700 exhibitors at IBC, how do vendors survive?

Anyone who has attended this year’s annual industry pilgrimage to IBC could be forgiven for thinking that media and broadcast is a huge industry.

Sore feet remind us that there were 14 halls full of booths selling ‘stuff’ that we didn’t know we needed.

Sore heads remind us that this is a very sociable industry, and almost wherever you go in Amsterdam during IBC, you will almost certainly bump into someone you know who has their own perspective on the state of the industry and what’s going to be the next big thing.

But spare a thought for the vendors. They are battling out against each other, selling everything from an illuminated switch for a couple of dollars to a $180,000 waveform monitor / vectorscope (yes, there really was one).

Many have offerings that are, at best, OK, but with very slick and well funded sales and marketing, whilst others have outstanding products and services, but are just too small to gain traction.

Your chances of finding those outstanding offerings, typically around the edges of the halls, are increased by word of mouth; a recommendation from someone you know and whose opinion you trust.

But for many of these vendors, it is, as my American colleagues call it, ‘a crap shoot’. Chance meetings, more often than not off the exhibition floor, where information gets passed from person to person.

This is not sustainable. Lots of great ideas fail because the companies behind them are just too small, with very limited resources, and struggle to be heard against the background noise of the industry.

Some of these companies attract investment that allows them to rise far enough above the crowd to gain attention, but most institutional investors are looking for scale, and scale is difficult to achieve as a small company.

Many small vendors get bought by one of the larger groups in the industry, but this often leads to them losing control of their ideas and IPR, and failing to get sufficient attention from a management team that is focused on the bigger brands within the group.

There is another way to achieve sufficient scale without becoming so diluted within a large group that you feel like you are wading through management molasses just to get your R&D funded.

Media Asset Capital had developed an approach to bring small companies together in order to attract funding.

An arrangement whereby voices are not drowned out by Group SVPs who have their own agendas, but where collaboration in development, marketing, sales, admin and finance can significantly reduce the cost to each part of the organisation, and create sufficient scale that the business can rise above the crowd.

Reducing the number of exhibitors by consolidation at future IBCs will be a good thing for the industry, especially if each of those exhibitors is bigger, more stable and more able to get their voice heard above the noise of the crowd. It will also be good for our feet!