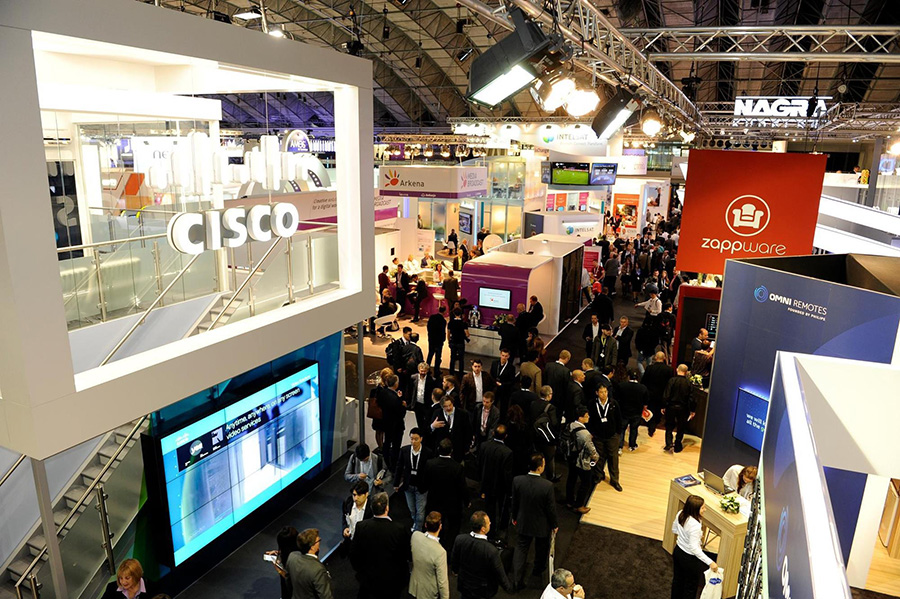 Staff at Media Asset Capital have been attending the IBC exhibition for over 25 years; starting with several of the, then, biennial events whilst they were held in what was often a wild and wet Brighton, England.

Since moving to Amsterdam in 1992, and becoming an annual event from 1994, IBC has grown into the most important sales, educational, and networking event for the media industry outside of the USA.

It now occupies 15 exhibition halls (plus outside areas) holding over 1,700 exhibitors, and last year had more than 57,000 visitors from across the world.

The show is huge, and it’s important to be prepared. If this year is your first time at IBC, you are in for a treat, and here are some tips to make your time there more productive.

Work out your travel plan.

Amsterdam is large and knowing how to get to and from the Rai Centre is your first priority.

Getting from the airport is relatively easy by rail or using one of the IBC shuttle busses from Schipol.

The shuttle bus pick up location is not always well signposted, but if you come out of the terminal and turn right, and keep on going, you are generally on the right track.

Once in Amsterdam, there are trams, trains, metros and shuttle busses which stop outside or close to the Rai.

Taxis are expensive and can be difficult to get.

Uber operates in Amsterdam and tends to be much more reasonably priced, but these prices can more than double at busy times. Also, Uber cabs cannot pick up from directly outside the Rai, so make sure you know where they will be if you book one.

Plan your route around the exhibition.

This is vital if you are not going to lose a significant proportion of your time walking between halls.

It can take over 15 minutes to get from one end of the exhibition to the other, and once you have done that a few times, you have spent nearly an hour in transit and your feet will be starting to hurt (comfortable shoes are a must!).

So, plan a route past the exhibits you really want to see, and try to ensure that when moving between booths, you make the best of your time. The IBC website provides lists of exhibitors and floor plans that will help you prepare.

If you are only attending for a day or two, you will need to be disciplined about which companies you will visit. Allow at least 15 minutes per booth, or longer if you want to watch presentations or demos.

Rather than leaving everything to chance, decide which exhibits you really must see, and which others interest you.

Ideally, set up meetings and appointments in advance. I regularly have at least 50% of my time already scheduled prior to the exhibition opening.

This is particularly important if you want to meet with specific individuals, especially if they are staffing exhibition booths. The exhibitors can be very busy, and turning up on spec is likely to mean that the person you want to see has little or no time to spend with you.

Create a schedule, either on your smartphone, or on paper (paper is often easer to refer to when walking between exhibits). A paper map is also much easier to follow than the ones on the IBC app.

A lot of interesting stuff is around the edges.

Typically smaller exhibitors who don’t have the marketing budgets of the larger vendors will have offerings that you will have never have heard about.

Many of these smaller exhibitors are around the edges of the halls, and allowing some time to wander around them can be very valuable.

Food at the Ria is generally quite expensive, and some of it is not very good. However, leaving the Rai and eating at one of the excellent local cafes and restaurants, or buying a sandwich from a local shop takes time, and generally this is the commodity of which you are likely to be most short.

Get a good breakfast, and if you must eat lunch, try to avoid the busiest times as there will often be long queues at the Rai cafes and food outlets.

Many of the booths will have staff that are very eager to push brochures at you. All the information and more will be available on the web, and is far preferable to carrying around carrier bags full of heavy paper.

Just make a note of which products and service you want to know more about and do your research back at the office.

If there is something in which you are really interested, and want to read back at the hotel or on the flight home, then fine, but be selective.

If you are going to IBC, have a great time, and be sure to look out for the Media Asset Capital staff who will be on the show floor.